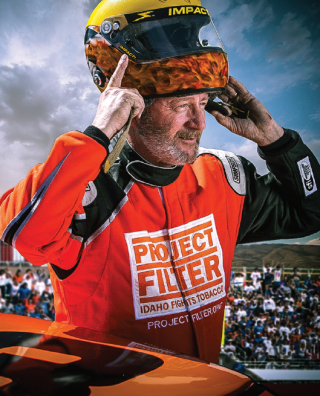 Ken’s Project Filter Smoke Free 33 also races at Magic Valley Speedway in Twin Falls for the Project Filter 75 event a Northwest Pro4 Alliance Tour race. There, he finished 8th in a field of the best Pro4 cars in the country.

While in Twin Falls, Project Filter took part in The Snake 98.8 Radio remote where Ken shared information about how the visiting fans could pick a quit date and end their dependence on tobacco. Ken also made appearances at the Canyon County Fair and gave talks on what prompted him to take the step to end his dependency on tobacco.